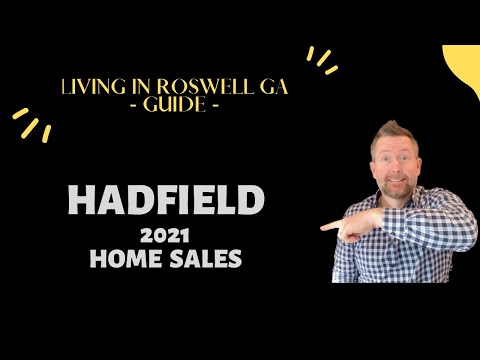 So let's go through these together. A few things to note is how long these houses were on the market, what they were listed for versus what they actually sold for, the square footage amount for house and the price per square foot sold. So just a few details we'll check out on these homes, it'll give you just a basic idea of kind of the market here in our direct neighborhood.

So back in April had 115 Windover Court. It was listed at 550,000 sold for 601. It was on the market for four days and the square foot on this one is 3492, does have a pool in the backyard, $172 a square foot. This was the second highest price per square foot home in the neighborhood over the last year. You guys are probably familiar with this home on the corner here.

This is the first one that sold in 2021, 1845 Hadfield Boulevard. This was listed at 599,900, sold for 640. Again, sold very quickly, three days on market. All of these in the neighborhood, except one sold the first opening weekend. You know, days on market, you're going to see four or less, and that's giving a chance for buyers to come and take a look at the home and put in an offer. So all these homes sold very quickly, multiple offers. I would imagine driving the prices up. All of these sold for above list price with the exception of one. But this home here has 4,162 square feet, $153 per square foot.

We are going to take a look at 12125 Lonsdale, which listed at 615 and sold for 605. This is the only one that sat on the market. 26 days on the market, sold for below list price. Now, this is interesting. We have 5,290 square feet. If you look at the tax records here, you can see that the building square footage is 3456. That's a big difference between the owner stated 5,290. So obviously there was a finished portion of the basement that was not in the tax records, which is why the owner is stating this. If this is actually accurate, this is the lowest price per square foot home in the neighborhood that sold last year at $114 a square foot. You can see the finished basement portion here.

So we're just so short on supply. I'm going to be comparing our neighborhood with other neighborhoods over the next several weeks, just to see what's happened in 2021. You know, see how we're comparing to some of the other neighborhoods around. Feel free to like and subscribe and hit the bell so you can be notified when a new video is made, but I hope this was helpful. I hope to see you guys soon.

Thanks for joining us for this episode of Living in Roswell GA Guide. If you have a spot you'd like for us to highlight in Roswell, please call us at the numbers below. We'll see you next time!