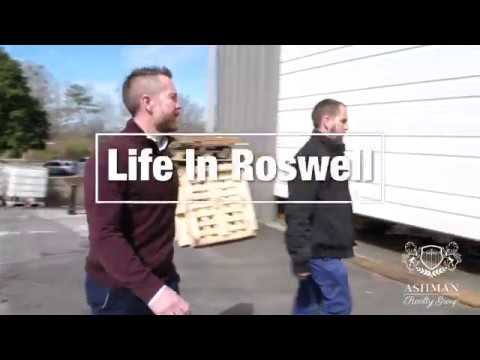 In this episode of Life in Roswell, we sit down with Pat at Gate City Brewing to talk about all they offer our community. Watch the video or read the transcript below. 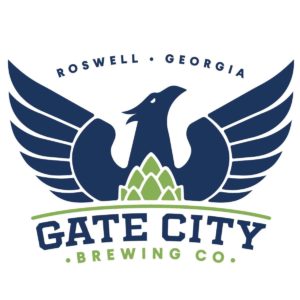 Jeremey Ashman: Hey, what's up guys, it's Jeremy and Matt with Ashman Realty Group. We're here in our hometown of Roswell, Georgia for another episode of Life in Roswell.

Matt Ashman: Life in Roswell is all about showcasing the city we love and all it has to offer.

JA: Today we're gonna sit down with Pat Rains at Gate City Brewing. Let's go in and check it out.

Pat Rains: Welcome to Gate City! We'd love to show you guys around the production area a little bit, and then we'll head downstairs and check out the tap room.

In the Production Area & Canning Line

Over here we've got our thirty barrel brew house that we're producing most of our distribution beers on. It's a two vessel 30 barrel system. We've got a hot liquor tank and a cold liquor tank over on the other side, so this is where all of our big beer production happens. On this side this right here is our canning line. Our brewery is pretty much split down the middle - one side is for distribution and the other side really all goes to taproom production.

These are kind of the proven beers that you're going to see out in the market and a lot of these on this side are gonna be some of our research and development - having some fun with those beers that are going to stay in the tap room.

This is where all the fun happens. We enjoy brewing beer upstairs (that's our passion), but this is where the public really gets to come in and have a good time and sample our products. We have 18 different beers on the board up there, constantly rotating. We've got all kinds of different options. We usually have about five or six of our distributed products up there - usually the first ones on the board - and then everything else is just kind of one-off different beers, beers that worked really well, or beers we love. We are kind of always trying to keep it interesting, changing with the season.

We're coming out of winter hopefully soon and that will convert from a lot more dark beers over into the lighter. Some of the sours and the lighter spring beers are starting to come out.

How Gate City Brewing Got its Start

1864 and Copperhead were both of our first two releases. Copperhead was one of my original homebrew recipes, and 1864 was one of Brian's original homebrew recipes. So those were really where Gate City originated. We were brewing those at home having some fun with them and started entering them into some competitions. We started winning some medals and that's really when we thought, hey, this might be something that we could really go after.

Shortly thereafter we started putting together our business plan and a few years later we we started Gate City. Brian and I were both living here in Roswell raising families here. We were both pretty active in the community, and so we always had Roswell as where our home base where we wanted to be.

We came in, and took us about eight months really to get this place cleaned up. It was in was a pretty bad shape, but we kind of tore it down and really built it back up from scratch with the idea of providing a place for the community that we loved so much to come and hang out around a product that we love, beer.

We want you to come and have fun enjoy the beer but also have a great experience from live music, to cornhole, to different things going on, to spending time with your friends. We want you to remember Gate City not only for the beer, but also for the time you had here and that really helps build our brand.

MA: We've been in here in Spring and the when the doors are open it's been it's just a great atmosphere.

JA: My kids can run around...it's a great gathering place. It's a good spot to meet.

PR: Yeah, that was one of the key things we wanted when we started up. Brian and I both have kids. We're living out here in the suburbs, and we thought Gate City really needed to be somewhere where we'd want to go.